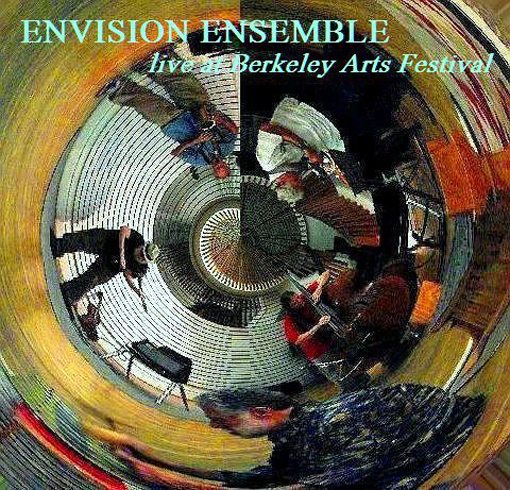 Special thanks to Eleanor Lindgren who took original photos and videos of the ensemble; and to Joe Lasqo for inviting us to play and for his encouragement and support along the way.

For the second-ever performance by the ENVISION ENSEMBLE, the players expanded instrumentation and instrumental range, moving more fully into multi-dimensional “festival form”.

The ENSEMBLE’s formal expansion more or less flips the concept of a usual approach to improvisation, that in which players “listen” to and complementarily match what other players are doing while only occasionally moving into an entirely independent space.

The ENVISION ENSEMBLE begins in independent space. The players hear the whole as well as listen to the parts, creating beyond the strictures of standard complementarity. The intent is to fashion an experiential rather than compositionally logical totality.

The Envision Ensemble moves toward an advanced improvisational archetype, one in which multiple independent events may occur while the musicians simultaneously create an experiential musical whole.

So the players will be creating the total musical space rather than any specific improvised composition. 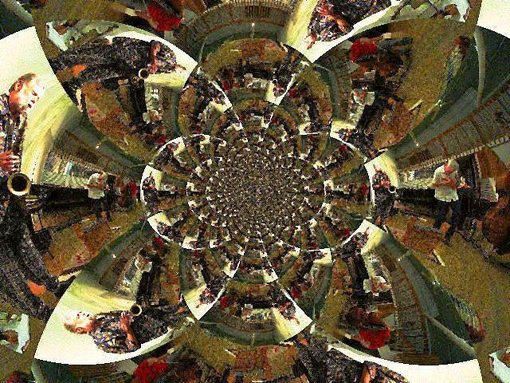 Each player will simultaneously create an organic complete music.

Each player may relate or not relate to the music and sounds going on around them, the same as when one is playing at home and sounds are occurring in the environment which may or may not affect one’s music.

While the players will not necessarily relate to each other in a compositional sense, they will relate to each other and to their shared environment experientially and together create (or “compose,” if you will) a sympathetically-in-tune experiential musical space – a space defined by the composite layers of sound that make it up, similar to the way the simultaneous layers of sound at a festival define and create the festival. 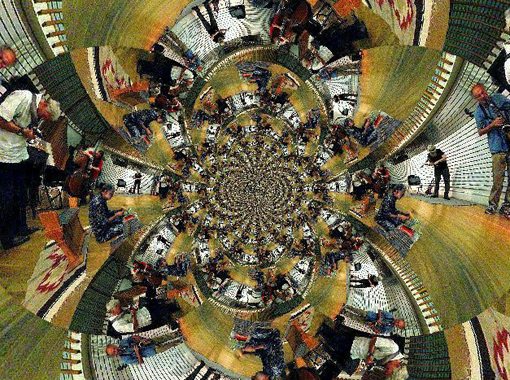 The performance will be completely improvised. At my suggestion, the Ensemble has not rehearsed prior to playing. The reason for this is that experience suggests that players’ edge of creativity often comes out more in the initial meeting (i.e. in the rehearsal) than in the performance.

So, along with the musicians, you will be experiencing this music for the very first time.

Photos Before & During October 10 Performance 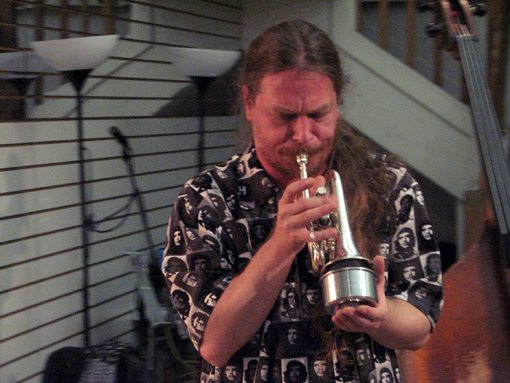 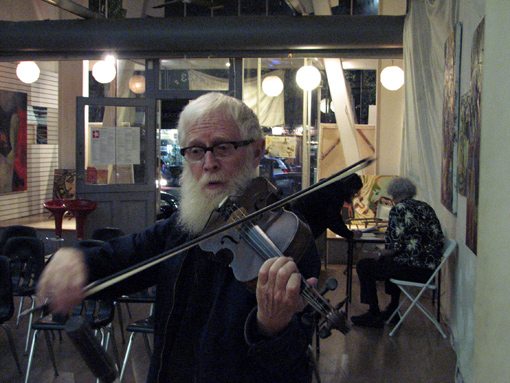 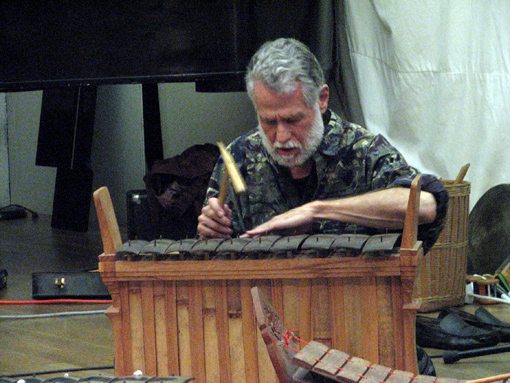 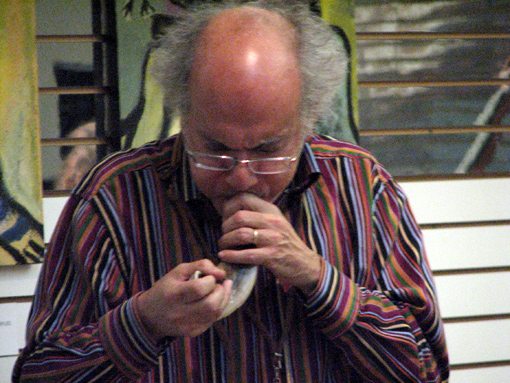 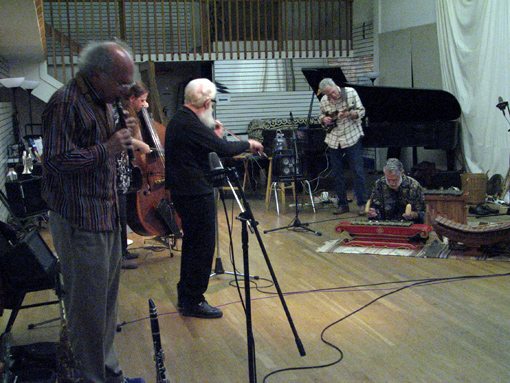 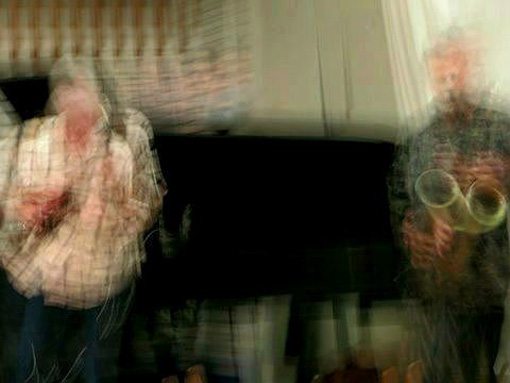 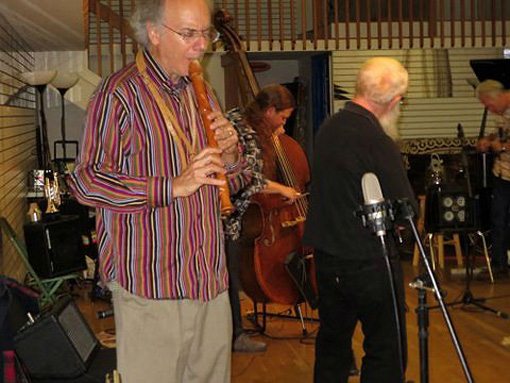 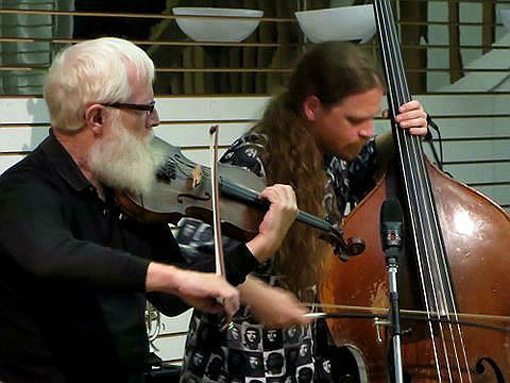 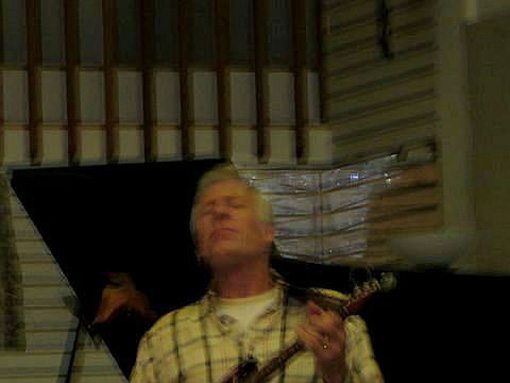 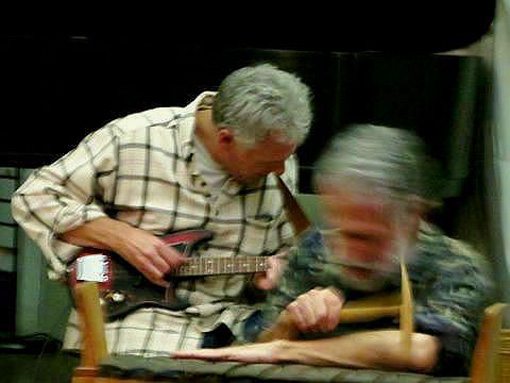 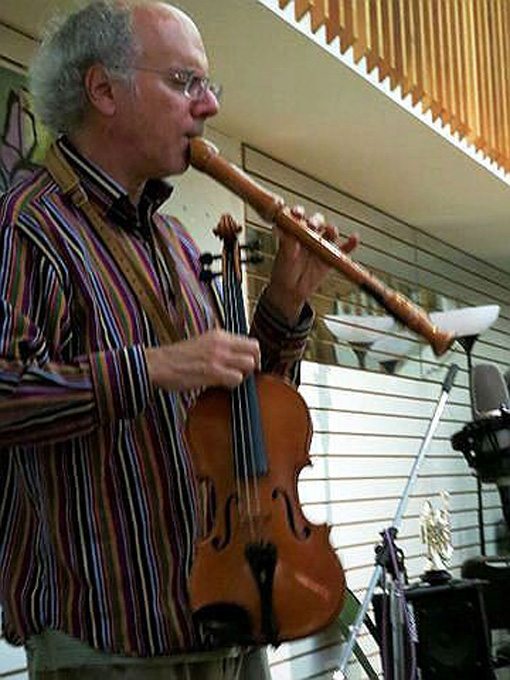 Sometimes a recording can be clearer than being there — I think Karen’s wonderful, clean recording technique let the layers of gorgeous sound shift in kaleidoscopic clarity even more transparently than they did in the room itself.

It’s great this got documented, nobody else is able to enter this fantastic sonic space. — Joe Lasqo, Producer