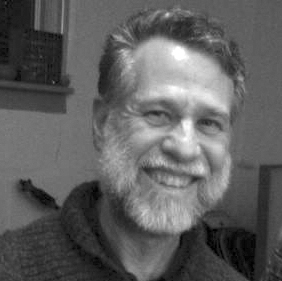 The jazz revolution of the 1960s was a cultural explosion. The new “free jazz” which burst into being – raw, fiery, and unpredictable – shattered all notions of jazz and, in the radical nature of its stance, called into question the very parameters of music itself.

Free jazz was not a single music or even a single way of playing music. Rather, it represented an attitude toward music: total openness to exploration, to experimentation, and to innovation at every level. It stood for a more sophisticated, more complex and, at the same time, more inclusive musical intelligence. By the 1970s, the musical forces of this revolution had expanded into multiple new creative directions and had directly influenced any number of musicians in America, in Europe, in Japan and elsewhere, well beyond jazz’s traditional black U.S. community base.

For the first time, what we think of as jazz began to have global musical roots. Influenced by free jazz, musicians in diverse parts of the planet began to innovate, and not simply imitate, structural improvisational approaches to music. Entirely new conceptual approaches were proposed from other cultural perspectives. Foremost was the concept of totally free improvisation. Like it or not, jazz had grown up and become international.

FREE JAZZ | FREE MUSIC is an on-the-scene documentary and perspective of the farthest reaches of this musical revolution. Its selections are drawn from six years of reviews, articles, and interviews which first appeared in BELLS, an internationally-circulated newsletter-review that I published and edited from 1973 to 1979.

The book is put together in documentary fashion, highlighting the aesthetic trends of individual musicians and groups as well as overall trends. It is meant to be read much like a film documentary might be seen – capsulizing here, summing up there, providing a gradually cumulative overview of the period. Unique to this approach is that even the most abstract ideas are directly connected to the music, this because of the review-type format and that the writing is literally sprinkled with references to first-hand source material, most of which is still available.

The two parts of the book overlap. The first part focuses on music more rooted in the free jazz of the sixties. Much of the music in the second part is of the totally improvised variety, or that whose aesthetic assumptions are more illusory or self-contained.

For the purpose of the book, occasional grammatical changes have been made in some of the articles; also substantive changes when obviously warranted or because previously published information had proven incorrect.

The ideas, I trust, will speak for themselves.