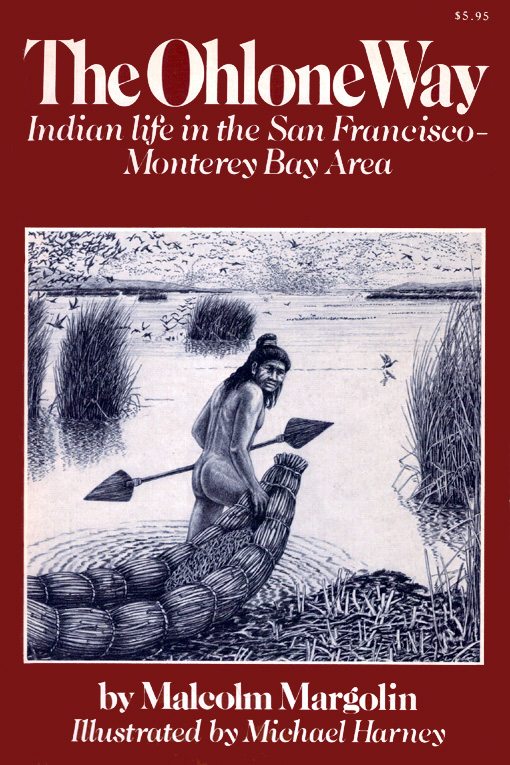 In his extraordinary book, The Ohlone Way (Heyday Books: Berkeley, 1978), Malcolm Margolin chronicles “Indian life in the San Francisco-Monterey Bay Area” as it existed 200 years ago. Drawing on accounts of Spanish explorers and missionaries and a diverse lot of seamen, traders, and adventurers, he creates an astounding multi-layered portrait.

He describes an untamed primal land whose incredible abundance of wildlife amazed even those well-seasoned travelers who first encountered it. It is a land far removed in time from us today. Yet in the descendents of the people of that land there remains an essential and alive cultural and spiritual continuum.

Years ago, friends and I attended Native American “Big Time” celebrations at California’s Indian Grinding Rock State Park. In the traditional roundhouse there, around an open fire, Miwok and Pomo dancers danced continuously for two days and nights. 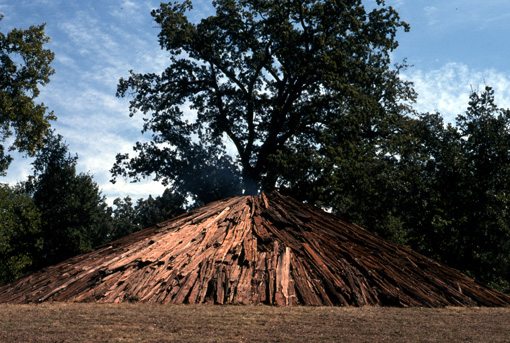 The character of those dances, highly communal in nature, was remarkably similar to that described in early accounts referenced in The Ohlone Way: the flicker-feather shafts the dancers wore across their foreheads, the double whistles held in the dancers mouths and blown in synchronization with the beat of the dance, the manner of dancing itself, the dance’s accompaniment by singing and the clapping of split-stick rattles. 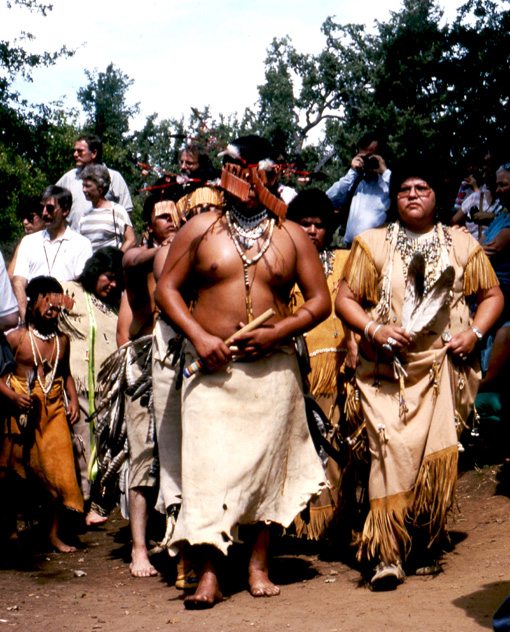 Leaving the Roundhouse after Dancing 1989

Drawing on an early 1800s narrative by G.H. Langsdorrf, Margolin pieces together an archival depiction that could just as easily be a description of the dance today:

“The men formed a circle, the women formed a second circle behind them, and the dance began. The dancers were stooped slightly at the waist, and they blew through their whistles in short, continuous bursts. Their bodies remained rigid throughout the dance, frozen in the stooped position. Their feet lifted sharply at the knees and stamped down hard against the earth. Their heads made jerky motions from side to side. Dressed in feathers that shook and rattled, blowing through their bird-bone whistles, their heads jerking this way and that, the dancers took on an uncanny resemblance to birds – not ordinary birds that twitter in the willows and oaks, but to the gigantic, black feathered birds of the spirit world…

“The beat never changed, but as time passed it grew more intense… The dance went on for hours, sometimes for a whole day or even longer. The dancers stamped and stamped. They stamped out all sense of time and space, stamped out all thoughts of village life, even stamped out their own inner voices. Dancing for hour after hour they stamped out the ordinary world, danced themselves past the gates of common perception into the realm of the spirit world, danced themselves toward a profound understanding of the universe that only a people can feel who have transcended the ordinary human condition and who find themselves moving in total synchronization with everything around them”

Since the dances we attended in the roundhouse at Indian Grinding Rock were of a similar character, taking place in “sacred time,” no photographs were permitted.

Occasionally, however, dances are done in a public and social setting, and at these times it is possible to photograph the dancers. The photos presented were taken at such an event, the annual Native American Spring Celebration in Santa Rosa, California, in May 2011.

The photos can best be seen by clicking the first one of the following gallery and then clicking on the right part of the photo to see the next one and so on. You can also easily navigate using the directional arrow buttons of the keyboard. 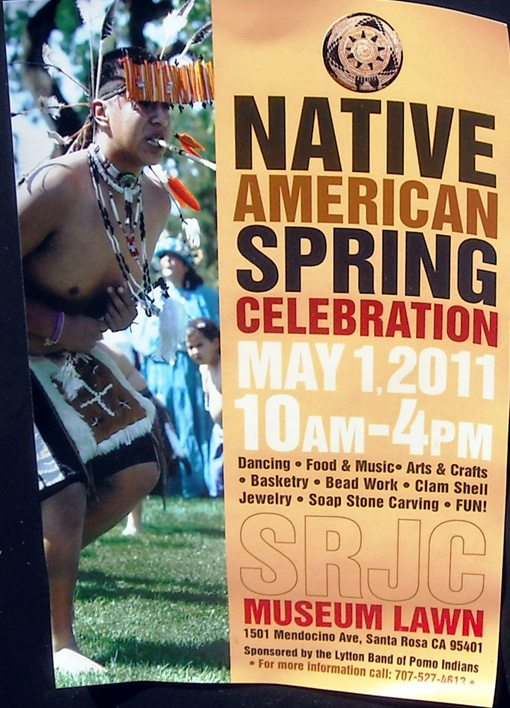