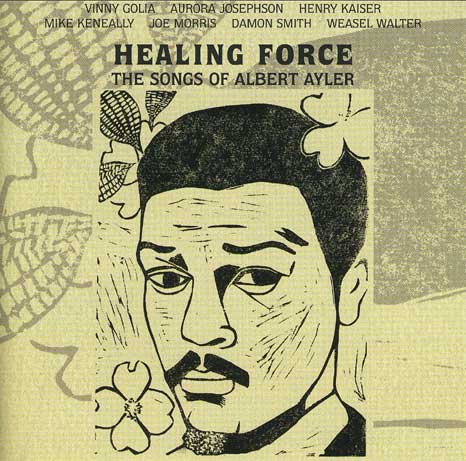 This is an inspired collection of work that references not only Ayler’s songs but the spiritual force behind them. This force drove a whole period of music. Players felt that by harnessing the transcendent power of free jazz, they (and listeners) might attain spiritual union and oneness with the Divine and All That Is.

This association of free jazz with spiritual awakening gained wide acceptance with the release of John Coltrane’s A Love Supreme (recorded December 1964). But Ayler, with his strong religious and musical background, had made the connection earlier. In February 1964, at the same session that produced Witches and Devils (Polydor) he recorded a number of “free” spirituals. The titles of his tunes on Witches and Devils had broadly spiritual overtones as well.

The recently released New Grass demo material suggests that, whatever one thinks about the music of late-period Albert Ayler (and the behind-the-scenes record company machinations that produced it), that material was a logical outgrowth of Ayler’s evolving musical aesthetic. The demo material suggests Ayler’s attempt to return to the roots of the spiritual with an end toward creating something new.

“Let the Spirit move you through the path of life.
“Don’t forget the Holy Ghost.”

The word “spiritual” is revelatory as it is likely a contraction of “spirit ritual,” which is what all of Ayler’s music is about. For Ayler, however anguished his playing could sometimes be, music is (always was) the healing force of the universe.

The opening of Healing Force mirrors the opening of New Grass, but with Golia on molten baritone in place of Ayler on tenor, and with a surprisingly effective and felt group rendering of “Message from Albert.” With that as a keynote, the players allow the music to “play itself” through them, as producer Henry Kaiser puts it. The songs that follow appear in varied stylistic contexts.

“Music is the Healing Force” is remindful of the liquidity of Coltrane’s Expression, but with electric guitar interpolations by Kaiser and Joe Morris. On other songs, there are rock, punk, and psychedelic references along with jazz.

The upbeat “Thank God for Women” brings to mind Monk’s “Friday the 13th,” but with a New Orleans clarinet twist, courtesy of Vinny Golia. Elsewhere, Golia’s reed work draws from Coltrane and Pharoah Sanders as well as from Ayler, and he surprises with some wonderful Roland Kirk-inspired flute on “Heart Love.” The collective dirge-like opening of “Heart Love” might be a gothic version of “Wild Thing!”

The psychedelia reaches a fever pitch on “A Man is Like a Tree” and “Oh! Love of Life” with the three guitarists Kaiser, Morris, and Mike Keneally levitating to spaceland. When Keneally switches to piano, as on “Japan,” “Thank God for Women,” or “New Generation,” the music is harmonically enchanting and enticing. Keneally also provides vocal doubling on “Thank God for Women” and vocal shading on “A Man is Like a Tree.” The lone voice on “Universal Indians” is that of Weasel Walter.

Much in evidence throughout is the richness and versatility of Damon Smith’s bass playing. He and Joe Morris in tandem get into Gary Peacock territory on “New New Grass” and “New Message.”

At its edges, the music is held together by Weasel Walters’ expressive but chameleon-like percussion. At its gravitational center is the voice of Aurora Josephson.

In tones like smoked silk, Josephson slows down time in her approach to Mary Parks’ lyrics. In deliberately understating Parks’ words, she invests them with a prescient meaning one might not have guessed was there.

In a sense, she stands Ayler’s aesthetic on its head. Only occasionally, while improvising, does she venture possessed-like into Ayler’s super-falsetto saxophone range. Rather than attempting to find Oneness through transcendence, she goes inward, finding the Universal Oneness of Self in the stillness of the here and now.

This may be the real “New Message” of this updated rendition of Albert Ayler’s songs. In delivering the message, Healing Force brings Albert Ayler’s late-period music firmly into the present. 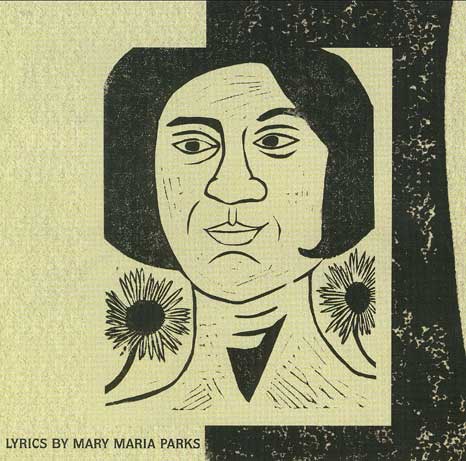